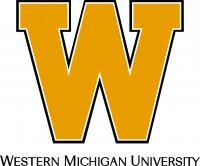 Founded in 1903, WMU is a learner-centered, discovery-driven, and globally-engaged research institution with an enrollment of 24,000, of whom nearly 5,000 are pursuing graduate degrees. Classified as a “higher research” university by the Carnegie Foundation for the Advancement of Teaching, WMU offers more than 250 degree programs, including 31 at the doctoral level. Many of its degree programs enjoy national and international recognition. Committed to diversity in all its forms, the University attracts students from a rich variety of backgrounds and identities representing every state in the union and 100 nations around the world.

Nearly 900 WMU Board-appointed faculty members have studied and earned degrees at many of the world’s leading universities. They engage in teaching, research, creative activity, and service primarily on the main campus in Kalamazoo and at 18 locations throughout the region and around the world. Additionally, WMU has a substantial online presence through its Extended University Programs and a wealth of articulation agreements with other institutions and international partnerships.

WMU is one of only 103 public institutions with a chapter of Phi Beta Kappa. For 26 consecutive years, U.S. News & World Report has listed Western Michigan University among that publication’s top national universities. Military Times EDGE magazine ranks WMU among the best U.S. institutions for military veterans, the only Michigan school to appear on its annual Best for Vets list all seven years of the list’s existence. Western regularly appears on Washington Monthly’s annual list of Top 100 National Universities, a designation that recognizes contributions to the public good. In addition, the University has been recognized nationally for its many award-winning sustainability programs and environmental leadership.

The faculty and staff of Western Michigan University are committed to fostering a learning environment that is rigorous, supportive, and inclusive. International students comprise eight percent of WMU’s diverse student body; students from underrepresented racial and ethnic groups comprise 21 percent. A wide range of resources and services for students focus on academic and career success, with several dedicated to meeting the needs of such select groups as first-year students, transfer students, and military veterans. One of WMU’s signature initiatives, the Seita Scholars program, provides scholarships to students who have aged out of the foster care system.

The WMU Broncos, members of the NCAA—Division I Mid-American and National Collegiate Hockey Conferences, are nationally competitive in fifteen varsity sports. Notably, the 2016 Bronco football team just completed a perfect 13-0 season, capped off with its first MAC championship title since 1988. One of only two undefeated Division I teams this season, the Broncos will compete in the 2017 Cotton Bowl.

The city of Kalamazoo is midway between Chicago and Detroit, 140 miles from each. With a population of more than 325,000, the Kalamazoo metropolitan area is large enough to support many of the amenities more commonly found in larger cities. The University hosts acclaimed arts programs and exhibitions, world-renowned speakers, and world-class musical and theater performances. Frequent collaborations with community groups and other local educational institutions add to the many rich cultural and intellectual opportunities offered.

According to a national study that looked at relative affordability, housing, and employment opportunities, Kalamazoo was named one of the 25 best cities in the country for young college graduates. It is also the home of the Kalamazoo Promise, which guarantees tuition to Michigan colleges and universities to graduates of the Kalamazoo Public Schools—the largest program of its kind anywhere.

Western Michigan University is a learner‐centered, research university, building intellectual inquiry and discovery into undergraduate, graduate, and professional programs in a way that fosters knowledge and innovation, and transforms wisdom into action. As a public university, WMU provides leadership in teaching, research, learning, and service, and is committed to enhancing the future of our global citizenry.

Nationally and internationally recognized, the University aspires to distinguish itself as learner centered, discovery driven, and globally engaged.

Western Michigan University impacts the globe positively. We are a community of learners committed to human dignity, sustainability, social responsibility, and justice. Our campus embraces a diverse population of students, faculty and staff who develop learners and leaders who are locally oriented and globally competent, culturally aware and ready to contribute to world knowledge and discovery.