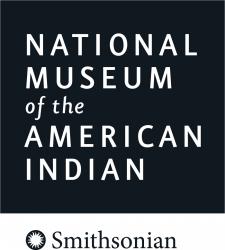 In partnership with Native peoples and their allies, the National Museum of the American Indian (NMAI) fosters a richer shared human experience through a more informed understanding of Native peoples. NMAI is a primary forum and leading voice on issues that affect Native peoples.  NMAI’s strategic objectives center around the themes of Engage, Inform, Excel, and Advocate.

Established by Congress in 1989, the NMAI inherited the assets of the Museum of the American Indian—Heye Foundation, which was established in New York in 1916. The NMAI opened its George Gustav Heye Center in New York in 1994, its Cultural Resources Center in Suitland in 1999, and its museum on the National Mall in 2004.  The Museum is comprised of all three facilities, working together toward mutual goals.

The Museum has one of the most extensive collections of Native American arts and artifacts in the world, representing over 14,000 years of history and more than 1,700 indigenous cultures throughout the Americas. In addition to the object collections, the NMAI’s archival holdings include approximately 2,200 cubic feet of manuscripts and 500,000 photographs from the 1860s to the present, as well as over 7,000 media items. NMAI research and scholarship focuses primarily on the preparation of material for public presentation through NMAI outlets (exhibitions, symposia, public programs, and publications), and study of the NMAI collections. A key element of NMAI research is in response to requests from tribes for repatriation of items from our collections.

NMAI educators create programs and exhibitions for school-age visitors at both of our museums. Both museums have an ImagiNATIONS Activity Center featuring unique learning experiences. In addition, NMAI has embarked on a multi-year project, Native Knowledge 360, to create and publish materials for classroom use by teachers across the United States.

The Museum’s engagement with tribal communities takes many forms. NMAI engages with the Tribes’ political and cultural leadership on an ongoing basis and remains current on the social, economic, political, and cultural issues affecting the Tribes and their people. One of the Museum’s largest and most impactful ongoing projects is the provision of technical assistance and collections loans to tribally-run museums and cultural centers. The Museum take special pride in seeing items from  its collections return to their home communities, where they can be interpreted and displayed by the Tribes themselves.

Email me jobs from Smithsonian's National Museum of the American Indian